Think This Site Is The Cat’s Meow?

Let Everybody Know About It!

Sign Up for our FREE Cat-News Email – Don’t Miss a Thing in the Cat World!

We will not sell your private information to anyone PERIOD.

Think This Site Is The Cat’s Meow?  Tell All Your Cat-Friends About It! 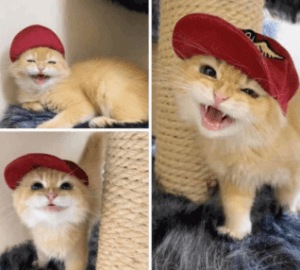 The Most Important Paper Ever Written on Cat (& Dog) Diet 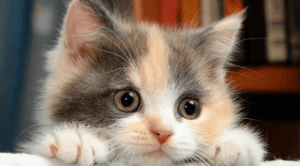 In all of my studies I have never read a more clear, more concise, more important

article about the carnivore digestive process than this one.

(and any other herbivore/omnivore animal on the planet)

Mary Marseglia, a certified dog behaviorist/trainer, knows everything there is to know about the physiology of dogs and cats. For over 40 years she has studied and observed almost every single wild cat on the planet and knows the anatomy and physiology of wolves, all wild cats, and all domestic dogs and cats.

Mary is also a Certified Pet Nutritionist – she became certified in the early 1990’s.

She is also a Certified Homeopath — a pet expert knowledgeable in proper, complete raw food feeding of both dogs and cats. She has studied the Banerji method, and she knows how to raise animals/pets Naturally without horrible vaccines; toxic heart worm pills; chemical flea, tick & mosquito products or de-wormers.

This whole vegetable feeding thing is nothing but humans wanting to treat their pets like they are furry human beings (and they are not as that is an insult to them) and then the Holistic vets that seemingly forget about the anatomy & physiology of dogs & cats as well.
THIS IS AN EXTREMELY LONG WRITE UP – PLEASE READ OVER AND OVER AGAIN UNTIL IT IS IMPRINTED INTO YOUR BRAINS!
Dogs and cats do NOT produce the necessary enzymes in their saliva (amylase, for example) to start the break-down process of carbohydrates and starches; amylase in saliva is something omnivorous and herbivorous animals possess, but not carnivorous animals. This places the burden entirely on the pancreas, forcing it to produce large amounts of amylase to deal with the starch, cellulose, and carbohydrates in plant matter. The carnivore’s pancreas does not secrete cellulase to split the cellulose into glucose molecules, nor have dogs become efficient at digesting and assimilating and utilizing plant material as a source of high quality protein. Herbivores do those sorts of things. (Canine and Feline Nutrition Case (one of many), Carey and Hirakawa Published by Mosby, 1995)
Due to the lack of any salivary enzymes in the dog’s/carnivore’s mouth, food spends little time in the mouth, it is shortly swallowed and travels down the esophagus. The esophagus is a tube which runs from the pharynx (back of the oral cavity) to the stomach. The walls of the esophagus are protected from damage by food by stratified squamous epithelium arranged in longitudinal folds. This also allows for expansion as the food travels down to the stomach. Food is passed down the esophagus by peristalsis which is the contraction and relaxation of longitudinal and circular muscles, pushing food down to the stomach in wave-like motion.
Carnivores have a highly elastic stomach designed to hold large quantities of meat, bone, organs, and hide. Their stomachs are simple, with an undeveloped caecum (Feldhamer, G.A. 1999. Mammology: Adaptation, Diversity, and Ecology. McGraw-Hill. pg 260.).
The carnivore stomach is not only a sterilizing chamber, due to the low pH (high acid content – HCL), but it is also the initial site of protein digestion – primarily by pepsin – secreted by the epithelial lining of the stomach.
God designed the dog’s and cat’s stomach acids to be much stronger than ours, and they are designed for digesting large lumps of meat and even good size pieces of RAW bone. The ability of the carnivore stomach to secrete hydrochloric acid is exceptional. Carnivores are able to keep their gastric pH down around 1-2 even with food present. This is to facilitate protein breakdown and to kill the abundant dangerous bacteria often found in decaying flesh foods.
The stomach volume of a carnivores represents 60-70% of the total capacity of the digestive system. Because meat, bone and fur is relatively easily digested, their small intestines (where absorption of food molecules takes place) are short — about three to five or six times the body length. Since wild carnivores average a kill only about once a week, a large stomach volume is advantageous because it allows the animals to quickly gorge themselves when eating, taking in as much meat as possible at one time which can then be digested later while resting.
They have a relatively short foregut and a short, smooth, unsacculated colon. This means they are designed to have food pass through quickly.
Vegetable plant matter, grains and cooked foods however, need time to sit and ferment and be broken down. This equates to requiring longer, sacculated colons, larger and longer small intestines, and occasionally the presence of a caecum. Dogs and cats have none of these, but have the shorter foregut and hindgut consistent with carnivorous animals. This explains why plant matter comes out the same way it went in; there was no time for it to be broken down and digested (among other things). Some educated people know this and will try to tell you that this is why vegetables and grains should be pulverized or pre-processed for your dog or cat to get anything out of them. Even if they are pulverized, the dog’s and cat’s digestive system is not designed to extract enough nutrition from them to amount to enough to make it worth while feeding them at all.
The small intestine joins to the large intestine, which consists of the under-developed caecum, the colon and the rectum. Again, In carnivores the caecum has no function (as it is used in herbivores/omnivores, their much more developed caecum is used as a site of bacterial fermentation of plant matter).

What about feeding Cooked diets?

There are several aspects of cooked diets that pose problems.
First – the effects of heat.
If you burn your finger, what happens? The skin tissue dies. Overly apply heat to food and the nutrients are progressively killed/destroyed.
The act of cooking foods alters the proteins, vitamins, fats, and minerals in a food. This alteration can make some nutrients more readily available and others less available. Cooking can alter fats to the point of being toxic and carcinogenic because fats become rancid. (The American Society for Nutritional Sciences. April 2004. Meat Consumption Patterns and Preparation, Genetic Variants of Metabolic Enzymes, and Their Association with Rectal Cancer in Men and Women. Journal of Nutrition. 134: 776-784.) Cooked proteins can be altered to the point where they cause allergic reactions whereas raw proteins do not. (Clark, W.R. 1995. Hypersensitivity and Allergy, in At War Within: The double-edged sword of immunity, Oxford University Press, New York. pg 88.)
Our dogs (and cats) were designed to eat RAW meat, organs, glands and bones! If all healthy carnivores were fed such you would see for yourself that they would be much healthier in the long run. They would Thrive! Not just survive! And… if you stop vaccinating them with toxic poisons and viruses in these vaccines… and other toxic poisons of HW pills; chemical flea tick & mosquito products; chemical de-wormer; over use of antibiotics from vets/STEROIDS — a huge no no!/NSAID’s and fed a proper complete raw diet primarily from herbivores – and these animals were well bred and not inbred nor too closely line bred – then they would live extremely Vital, Healthy, and Long normal life spans. 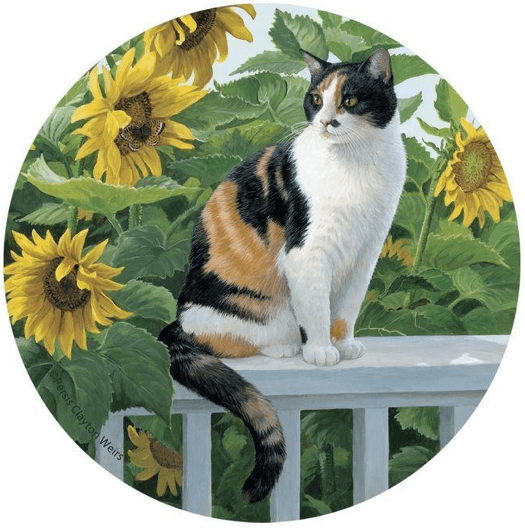 Top of This Page

Think This Site Is The Cat’s Meow?  Tell All Your Cat-Friends About It! 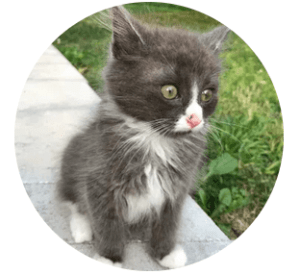 Cats – A Wonderful Part of Our World!

Whether or not you believe in a ‘higher power’, you have to acknowledge that cats are unique, special gifts in our lives. – Doug Hines, publisher, CatNewsHeadlines.com

Save a Life… Fall in Love… Adopt a Cat!®

Information on this website is provided for general purposes only. It should not be considered as a substitute for professional veterinary advice, care and treatment. Nothing herein is intended to treat, heal, or otherwise be considered as medical advice or treatment. Contact your veterinarian with any questions regarding your cat’s diet or health. The reader must question the veracity of all news stories. See additional details here.

Your generous donations power this website and sustain its future. Contributions, however big or small, enable me to keep bringing you excellent content – without the need for obnoxious advertising. – Doug Hines, publisher